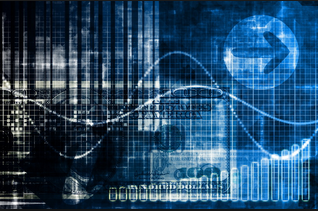 Many people use the argument that the increased market volatility we see resulting from to the widespread and growing use of algorithmic trading systems means that we should ban their use “for the sake of the markets.” It’s a silly argument that seems to be afraid of its own shadow.

Yes, there is truth to the claim that the increasing use of algo trading systems is increasing market volatility, but there’s no special reason to fear it. If anything, all it is really doing is speeding up the natural cycle that the market would have gone through anyway.

The mechanism is quite simple. Many automated trading systems have at least some variables in common, and use similar thresholds. When conditions change in the market and a buy or sell threshold is reached, it triggers sell orders for everyone using the automated trading software in question, and probably several other ATS as well.

This creates a massive spike in sales volume which likely triggers yet more ATS to sell, because now their triggers are going off. Of course, as the market plummets, at some point, it’s going to start crossing the “buy” thresholds of these same systems, and once that happens, you see an equally massive upsurge of buy orders, and things even out. All of this can happen very quickly, sometimes within a matter of minutes.

This is one of the many reasons that humans are increasingly disadvantaged when trading in a world of automated systems. Their emotions might get the better of them, causing them to sell at the wrong time, and even if they don’t, they’re so much slower that by the time their sell order goes through the market could be on the way back up again and the action is over.

Again, there’s nothing unusual about this in a world dominated by ATS.  It’s the new normal. Arguing against it is like arguing that we should stop driving cars out of concern for the horses who feel increasingly left out of the game. It just makes no sense. Automated Trading Systems aren’t going anywhere. They’re the future.