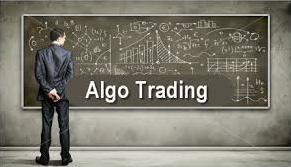 Automated Investing – Recently, Quantum Computers have made the news, primarily because Microsoft is investing heavily in research into their development. Right now, today, you can buy a functioning Quantum Computer for automated investing.  According to the manufacturer they offer superior performance when dealing with certain kinds of problems. In field tests, the current generation of Quantum Computers did not perform significantly better than the top of the line computers available today for automated investing, though in response to these claims, the manufacturer of the Quantum devices said that the types of problems that were used to test the new computers didn’t play to their native strengths.

In any case, it’s making news because Microsoft is betting heavily on the technology and investing billions. Even if this generation of Quantum Computers does not offer a significant advantage, if Microsoft has its way, the next generation will likely yield massive gains.

In the short run then, the best plan would appear to be for top algo trading companies to invest in a Quantum device now, if you’ve got the funds to spare for research and development. They will begin adjusting their models and testing in the new Quantum reality, so they can see what does, and doesn’t work.

Algorithmic trading companies such as ours will treat this as a long term investment with potentially massive payoff for our customers, because we will learn how to make use of Quantum Computers to better identify patterns.  This will give you an enormous strategic advantage over other automated investor’s you find yourself in competition with.  Because not every company will be prepared or able to do this, this could translate into a durable, longer term advantage for you and your investment portfolio.

The potential downside, of course, is that Quantum Computing ultimately may not live up to the hype currently surrounding it. That is possible, but Microsoft is a fairly conservative company, not known for taking major risks. They would not be investing billions into it, if they weren’t expecting it to pay enormous dividends.  We never bet against that kind of data.