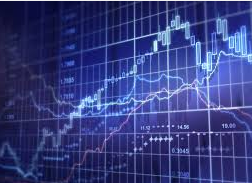 Using Quantitative Trading Strategies – I didn’t want to, but I finally took the plunge to create my own quantitative trading strategies. I had been doing all my trades “old school”.  This mostly meant from the gut, often with less up to date information than the algo traders I was trading against, and yes, sometimes I let my emotions get the better of me. Deep down I knew it was a bad idea. The first thing they teach you is that you’re not supposed to get emotional when doing trades, but sometimes when the market seems to go haywire, you just panic. I don’t like to admit it, but it’s true.

A few years ago, I threw in the towel. After weeks of careful research, I decided to start moving some of my investment money into an automated investing system so I could see what it was like and if it would improve my investing automatically. I tend to be a bit cautious, and I didn’t want to go all in, so I told myself I’d divert 10% for a few months, and if I was satisfied with my quantitative trading strategies performance, I’d go in for another 10% after that.

As it turns out, I’m investing 50% of my available funds with my algo trading company which is called AlgoTrades.net, and planning to move more of my money that direction in the months ahead.

Reason Why I Now Use Quantitative Trading Strategies

There are a number of reasons why I am quantitative trading, but the three biggest for me are as follows:

Dispassionate – I no longer make trades based on emotion, only to regret it as soon as I’ve completed the transaction.

Speed – There’s actually two components to this. The raw speed of the trades is nice, yes, but it’s also pretty much hands free. Both are strong selling points in my book, and both deserve a mention.

Better performance – Overall, my algorithmic traded portfolio is bringing in better returns than I’m doing on my own, and really, that’s the entire point of automated investing, so it seems a fairly simple conclusion. Do the thing that makes you the most. The thing that nets you the greater return.

I was skeptical at first, I admit it. I’m rapidly getting over that though, and coming to embrace our new Computer Overlords. You should too, because they are here to stay!  I’m planning to switch at least 80% of my investment capital to AlgoTrades.