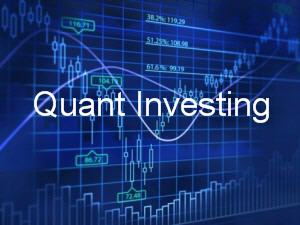 Algotrades.net has developed a fantastic quant investing system, and they’re always analyzing and updating it to make it as good as it can possibly be. In these kinds of systems, continuous back-testing makes all the difference in the world, and this is the reason that Algotrades pays so much attention to this aspect of its business. We want to create the best, most robust system anyone has ever seen. To that end, our most recent changes involve “Quant Investing” strategies, and we think you’ll be thrilled.

What Is Quant Investing?

A man named Robert Merton is generally acknowledged as the father of quantitative investing theory as it is applied to finance, and he developed his theories more than seven decades ago. As you might imagine, in those days, the field was bearishly labor intensive with no computers to help with all the math involved!

While many factors and variables go into making quant investing strategies, the two most commonly and widely used are price and volume, with refinements and additions added on from there. The developers who make, test, and refine these models are called “Quants,” and there are probably as many different types and variations of strategies as there are “Quants” in the business. As such, the success or failure of any model is directly tied to how robust it is, how much experience the developers have at creating such systems, and how much back-testing and continual improvement is done.

Markets are ever-changing. Ever-evolving. Quantitative investing systems must change also. They must be adaptive. If they are not, then the strategy will ultimately fall apart and those relying on it will lose money.

What Are The Benefits Of Quantitative Investing?

The benefits of quant investing are actually quite numerous. For one thing, the people making the models are some of the best and brightest minds in the world. These models can’t be put together by just anyone. At a minimum we’re talking about people with PhD’s in Finance, Economics, Mathematics and  Engineering. This broad spectrum is absolutely essential due to the complex nature of the models themselves, and by using such a system, you’re directly benefiting from that collective expertise.

The second big advantage is that the models, once created, become automated trading systems. A human builds the model, yes, but a machine does the actual trading. Humans can be disciplined, but machines can’t be anything else. Emotions never delay or get in the way of a machine executing its programming. In the world of investing, that can be a telling advantage. You can learn more about starting to use quant investing here – Click here

Third, there’s the speed factor. Again, human traders are limited by the nimbleness of their fingers in dialing the phone and placing a sell order. Machines operate at speeds so many times faster that it simply boggles the mind. When a buy or sell condition presents itself, the machine responds with the machine-like efficiency you’d expect. What little bit of delay there might be (called “latency”) has to do with the technical limitations of connection speeds, and not with the machines themselves. In any case, even with some degree of latency, machines can place orders to buy or sell many times faster than a human ever could.

For all these reasons, and more, AlgoTrades has opted to venture into the field of Quan Investing. These are exciting times, in an exciting, rapidly expanding field.

Quant Investing – What Is It And Why Does It Work?

Quantitative Trading – A Brilliant Tool Which You Need To Understand