You are here: Home1 / Quant Investing 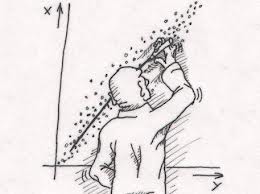 Irrespective of the market indicators each strategy focuses on, what majority traders are concerned with is – Which strategy works best? The topic is a hotly debated one and books have been written on it. There is a lot of evidence supporting the use of fundamental analysis, but we also cannot ignore large the number of quant investing systems available online.

If you think colourful charts and graphs will do you no good, you better think again. There is a long list of traders and investors who stand to prove that quantitative trading works. The purpose of this article is to introduce you to top technical analysts of our times.

Marty Schwartz started off as a stock analyst whose chief duty was to compile investment advice on overpriced companies, but soon grew bored of the task. It involved studying technical indicators to spot lower risk trade entry points. Schwartz tasted success only when he transferred his attention to technical analysis, a stock-picking methodology that focuses on mathematical probabilities known as “quantitative trading“, boosting his earnings from $40,000 to $20 million.

In his comments on the effectiveness of technical analysis, he stated “I used fundamentals for nine years and got rich as a Technician… They (traders) would rather lose money than admit they’re wrong…  I became a winning trader when I was able to say, “To hell with my ego, making money is more important”.

A supporter of moving averages, he was awarded the US Investing Championship in 1984.

Mark D. Cook is an ace in stock investments today, but started off like every beginner trader losing most of his capital in the initial years. The sale of naked calls in 1982 didn’t quite work out for him. In fact, it had disastrous consequences amounting to a total loss of $815,000. The “Cumulative Tick Indicator” is what helped him recover from monetary losses after five years and enabled him to grab the second spot in the US Investing Championship in 1989 and first spot in 1992 with a return rate of 563%.

Here’s what Cook had to say about the journey so far, “To succeed as a trader, one needs complete commitment… Those seeking shortcuts are doomed to failure. And even if you do everything right, you should still expect to, lose money during the first five years… These are cold, hard facts that many would-be traders prefer not to hear or believe, but ignoring them doesn’t change the reality.”

He is a trader with an affinity for computerized trading systems. Computer trading systems seem like no big deal today, but Seykota has toyed with, tested and implemented the idea when online trading was nowhere in sight and computers were as large as a room requiring to be programmed with punch cards.

Ask him the secret to his success and he proudly gives credit to the technical quant investing systems he created in addition to his ability to minimize losses and his good sense of money management. He satirizes fundamentals as “funny-mentals” and says – “There are old traders and there are bold traders, but there are very few old, bold traders.”

His current portfolio is a heavy one. He is a technical analyst and options trader with 18 years of profitable trading to his credit. Not only this, he is the President and CEO of Alpha Financial Technologies

This is what the wise man has to say – The key to trading success is emotional discipline.  Making money has nothing to do with intelligence. To be a successful trader, you have to be able to admit mistakes. People who are very bright don’t make very many mistakes. Besides trading, there is probably no other profession where you have to admit when you’re wrong.  In quant trading, you can’t hide your failures.”