Algorithmic Trading System: Recently, Google made the news by announcing that it would hire some rather prominent members of the hacking community. The announcement raised a few eyebrows when made, but their logic was sound. After all, who better to find and fix potential exploits in any system than the ones most likely to find their way in in the first place?

The reason for Google’s announcement had much to do with the recent Heartbleed bug. It amounted to a security loophole that allowed a would-be hacker to slip past the secure socket layer (SSL) protection that has become the defacto standard for protecting sensitive transactional data online. Once past the SSL protection, the hackers have unfettered access to the data.

When most people think of hackers, their first, instinctive response is to want to lock them away and take away their access to computers so that they can’t cause any further trouble. That’s fine for hackers who actually steal or delete data, because the true crime is in the harm done, not in the revealing of an exploit. 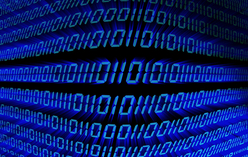 If you are looking for new and better ways to secure your algorithmic trading system from potential hacking attacks, then it might be time to give Google’s strategy a closer look. Rather than jail these hackers, why not give them jobs? Why not hire them to safeguard your algorithmic trading system. To test it for you and reveal its various weaknesses, then set about systematically guarding against them. When you think about it, there’s no better person for the task and there’s no better resume than the fact that they’ve already beaten your defenses.

It is an unconventional approach, to be sure, but it is not without precedent. In the early days of the internet, one of the first organized groups of hackers called themselves the Legion of Doom. Most of those now work for defense contractors for the exact same reason that Google is hiring from the ranks of the current crop. You should be too, at least if you are serious about trading system security, and where automated trading systems are concerned, data security is absolutely essential.

Google Is Hiring Hackers, Is You Algorithmic Trading System Threatened?

Is Your Automated Trading System Vulnerable To Heartbleed?