When it comes to algorithmic trading systems there are a few big mistakes you need to void. While these may sound like basic and common sense mistakes do not underestimate them. Sit back and think about how you handle each issue and when the last time you may have made these mistakes. You are likely doing some of these more often then you think…

Overtrading – Overtrading can be many things. It could be using too much leverage or risking too much capital on a trade. It could also be taking too many trades. When it comes to taking too many trades, this can have a very negative effect on your performance. Not only by losing more trades but slippage and commissions. Work on reducing the number of trades and being selective. One of the best ways is to move to higher timeframes. Novice traders often get crushed on a 1 or 5 minute bar, so think bigger like the 30 minute or 60 minute charts.

I read a study somewhere which I cannot recall who did it but stats proved that the fewer the trades a system gives per year yielded better results on average and the systems performed better over the long run. This is because the algorithmic system focuses only on the very best trade setups, and not just any that had a decent setup.

System Interference – Interfering with your algo system! If you are buying the monster gap on bad news because your algorithmic trading system says to do it – then do it. The entire purpose of algo system trading is not to think about it. It’s simply to allow your system to trade high probability setups. So step away from the computer and allow the automated system to trade.

Over-Optimization – I probably don’t have to remind you about this one. But keep it in the back of your mind always. Over-optimization can even creep into your system when you get sloppy or start focusing on squeezing more money out of your system for a specific length of time. You may think you are being careful and avoiding over-optimization, but it can still happen without you noticing. Be aware and back test the system as far back as possible and shoot for long term steady gains rather than huge gains only during the past one – two years. 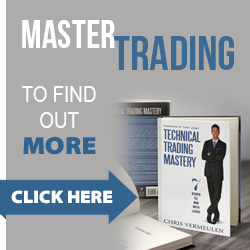 Strategies With No Stop Loss. Be careful with algo trading systems which do not have tight protective stops and a money management system in place. These can have a great looking equity curve and annual returns, but often your position requires a huge drawdown. So much that most individuals would blow up their account or close their position to stop the loss before the system would take them out of the trade.

Hopefully these quick tips will help keep you thinking when trading and working with algorithmic trading systems this year. If you want more to learn more and have some guidelines to follow then I recommend you read my new book “Technical Trading Mastery – 7 Steps To Win With Logic”.

Automated Trading Systems Are What You Want & Need