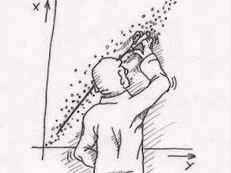 Mechanical investing – It is an odd thing to think about, but increasingly, the only part that humans are playing in the economy is the management of wealth. What I mean by that is that more and more algo trading companies are coming to rely on machines to build whatever it is that they’re building. We’ve got giant factories making cars that barely have any people in them at all. Everything is run by a handful of computer technicians who control an array of robots and computers.

Ready For Mechanical Investing and Mechanical Trading In Your Portfolio?

The stocks issued by algorithmic trading companies are increasingly traded by machines, not living, breathing humans, and both of those trends are accelerating. That is to say, as time goes by, more and more companies are coming to rely heavily on machines to do the mechanical investing for you. Mechanical trading systems are becoming more and more prevalent all the time, increasingly displacing legions of human traders.

This puts us in an interesting position, and creates an intriguing situation. The logical end point of all this is that we’ll one day find ourselves in a world where all the business of business is done by machine, and mechanical investing will be how things are done, the norm. Humans are slowly being squeezed out of the equation entirely.

Of course, the machines on the factory floor are working at the behest of the owners of the company, and mechanical investing is really just doing the trading merely for those trades with money to invest, so indirectly, the machines are acting as proxies for the humans, but it’s interesting to note that they only serve a distinct minority of humans on the planet. That is to say, if you tallied up all the corporate owners, and all the people with sufficient funds to start mechanical investing on a regular basis, you’d have a large slice of the global funds controlled by mechanical investing systems which is kinda scary.

And a good follow up question is, what can algorithmic trading platforms (mechanical investing) do in terms of preventing any of the negative “what happens next” scenarios from coming to pass? Probably they can do quite a lot, because those systems are designed to analyze large data streams and predict outcomes.

The rise of the machines is coming. We just need to figure out what to do about it. Surprisingly, our algorithmic trading strategies can probably help you with that.