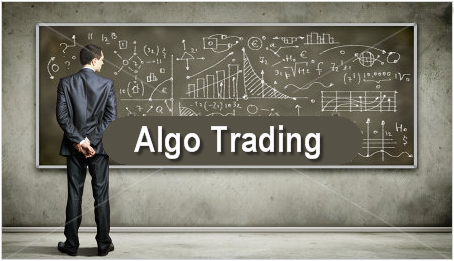 Algorithmic Trading & Human Behavior: Since computing went mainstream and we all had access to things like the internet, the world of trading has changed immeasurably. Many different tools have been implemented to make the trading world less risky. These tools are usually known as Algorithmic Trading Systems and use historical data to help forecast price changes on the markets.

These models have been in common use for more than thirty years, and have helped many investors and traders direct themselves away from financial ruin to massive profits. However, algorithmic trading and their statistical data do not take into account one of the most important parts that drive price – and that is the emotional side of things.

Although algo trading systems can offer advice and suggestions on potential trades, they cannot take into account why they would be successes or failures. No amount of data out there can account for the act of human emotion – whether that is fear or ambition.

Therefore most of those who turn to algorithmic trading systems to try to generate profits, going purely on the advice of their system will usually struggle to hit their profit targets. Previous profits are not guaranteed to be repeated. The market is ever changing with different scenarios so those events of the past are unlikely to unfold again. Therefore a “sure thing” with an algorithmic trader is only a sure thing if you can guarantee those same conditions repeat.

Even recent times before the economic crash showed that historical evidence had been disproved as a solid barometer if an algo trading system was over optimized. In late 2008, the S&P futures market was trading at a daily average of around 60 points which was completely unprecedented at the time. No amount of historical data could have predicted that increase.

For those thinking that they could use algo trading to make massive profits without any work, this is not how it works. Despite the many positives that a trading system like this can give you, research and dedication are required to accurately predict the right moves with some level of consistency over the long run of a system.

Many investment surges happen in quick bursts, when hype/news hits the market, but then the activity levels usually drop back down to the pre-spike levels. As small groups of participants take the risk, many others follow suit due to the potential gains during increased volatility and this instantly creates a mentality within buyers and sellers to take action and trade.

Although there is currently no way to predict accurately when a trading spike will happen, or indeed when it will end, a lot of expert traders are able to learn the signs that make a potential killer trade. Using experience and being able to spot when a deal could be a gain or a bust is a huge part of programming the algo systems properly.

The good news is that the next level of algorithmic trading systems of being able to incorporate many different factors into the equation to get a sense of what human behavior is like in the market place adds a whole new level to the potential of algo trading. AlgoTrades has found a way to read the current market sentiment of crowd behavior within their thousands of lines of code.

Quantitative Investment Strategies are the Free Market at its Best