While it is true that algo trading and algo trading systems are taking the world by storm, the general public is for the most part, completely unaware of most algo trading platforms. They have no idea they exist, and even if they do, they’ve only got a vague idea of what they do. 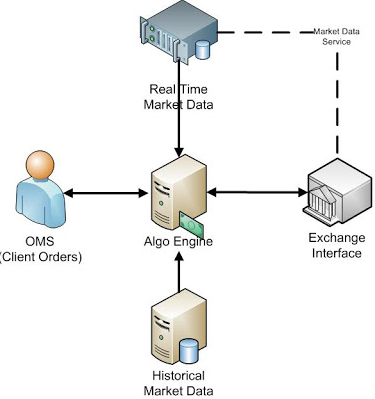 This is a missed opportunity, because if the general public were more aware, they too would flock to the use of such systems. Sure, there would be detractors and naysayers. There always are no matter what the topic or the industry. On the whole though, when shown the advantages of using an algorithmic trading platform, many if not most private investors would flock to algo trading systems.

One of the reasons that they’re relatively unknown to the public at large is that while they advertise, they don’t seem to have much of a social media presence. If there are any colorful, well made infographics extolling the virtues of algo trading, I have never seen them. Such a graphic, well designed, could easily go viral. If it did, then the trading platform responsible for making the graphic would very quickly find itself with legions of new customers with billions of new dollars to invest.

Every other business in every other industry makes extensive use of social media to gain brand awareness. If you want to differentiate yourself from all the other algo trading platforms out there, then you should be thinking of new and inventive ways to do that. A full frontal assault on social media would certainly be an effective avenue of attack, and you’d have virtually no competition. At least for the moment. If you run an algo trading platform and are reading these words, then odds are good someone else in a position similar to yours is also reading these words. It’s just a matter of time.

How to Build Your Own Algorithmic Trading Strategy